Sales of antibiotics for animal use fallen by 47% in Europe in a decade, report says

The European Medicines Agency (EMA) has recently published the 12th report on the European surveillance of veterinary antimicrobial consumption (ESVAC) project, which shows that sales of antimicrobials for use in foo [...]

Food Allergy Canada has recently released the Allergen Management Guidelines for Food Manufacturers to assist the country’s food and beverage producers in the process of implementing food allergen preventive control measures and provide [...]

Operation OPSON XI has led to the seizure of almost 27 000 tons and 15 million liters of counterfeit food and beverages. The operation, which took place between December 2021 and May 2022, was led in Europe by Europol and outside the [...]

The Nordic Council of Ministers has recently published the results of a joint assessment of food fraud covering four sectors in some European nordic countries. Food fraud has become an troubling issue throughout the EU and EEA following the hor [...]

First international consultation on the safety of cell-based foods

The Food and Agriculture Organization of the United Nations (FAO), in collaboration with the World Health Organization (WHO), has recently gathared 24 experts of cell-based food - from the public and private sectors, academia, researc [...]

Affidia is now in its third year of activity. We started just a few months before the Covid-19 pandemic shook the world. One of the consequences of this global disaster was the cancellation of scientific conferences in 2020-2021. Even at the beginning of 2022, some conferences a [...]

Your PAL, my PAL

Why doing Precautionary Allergen Labelling right matters.   Let’s take a short walk through history. Back in 1985, the Codex Alimentarius published its ground-breaking labelling standard (FAO/WHO 1985) for the labelling of pre-packaged foods. It was meant to be a better, m [...]

In the last 20 years, aflatoxin M1 has been found in milk at unprecedented levels in southern Europe on several occasions. Is it the result of climate change? What do experts think about the risk to consumers, both now and in the future? Is the best app [...]

How the EU regulatory context for food contact materials and articles (FCMs) may change on the way to a toxin-free environment.   This article provides an overview of the most significant Chemicals Strategy for Sustainability (CSS) and Farm to Fo [...]

A focus on cereals.   A review of the impact of climate change on chemical exposures affecting human health identified 8 contaminants as high risk of getting worse due to climate change, one of which was mycotoxins (Balbus et al. 2013). Guer [...]

Initiatives and efforts to meet stricter mycotoxin regulations are helping the country overcome contamination challenges in its domestic and export markets.       Brazil is one of the largest food producers and exporters [...]

Mycotoxin regulations: a multi-mycotoxin testing approach to fulfill local and international regulations.         Mycotoxins are known to cause acute and chronic effects in humans and animals re [...]

Overcoming the bottlenecks slowing rapid methods, looking beyond the speed of qPCR     Microbiological quality and safety of food, feed and water is a major global concern. Many people suffer from illnesses th [...] 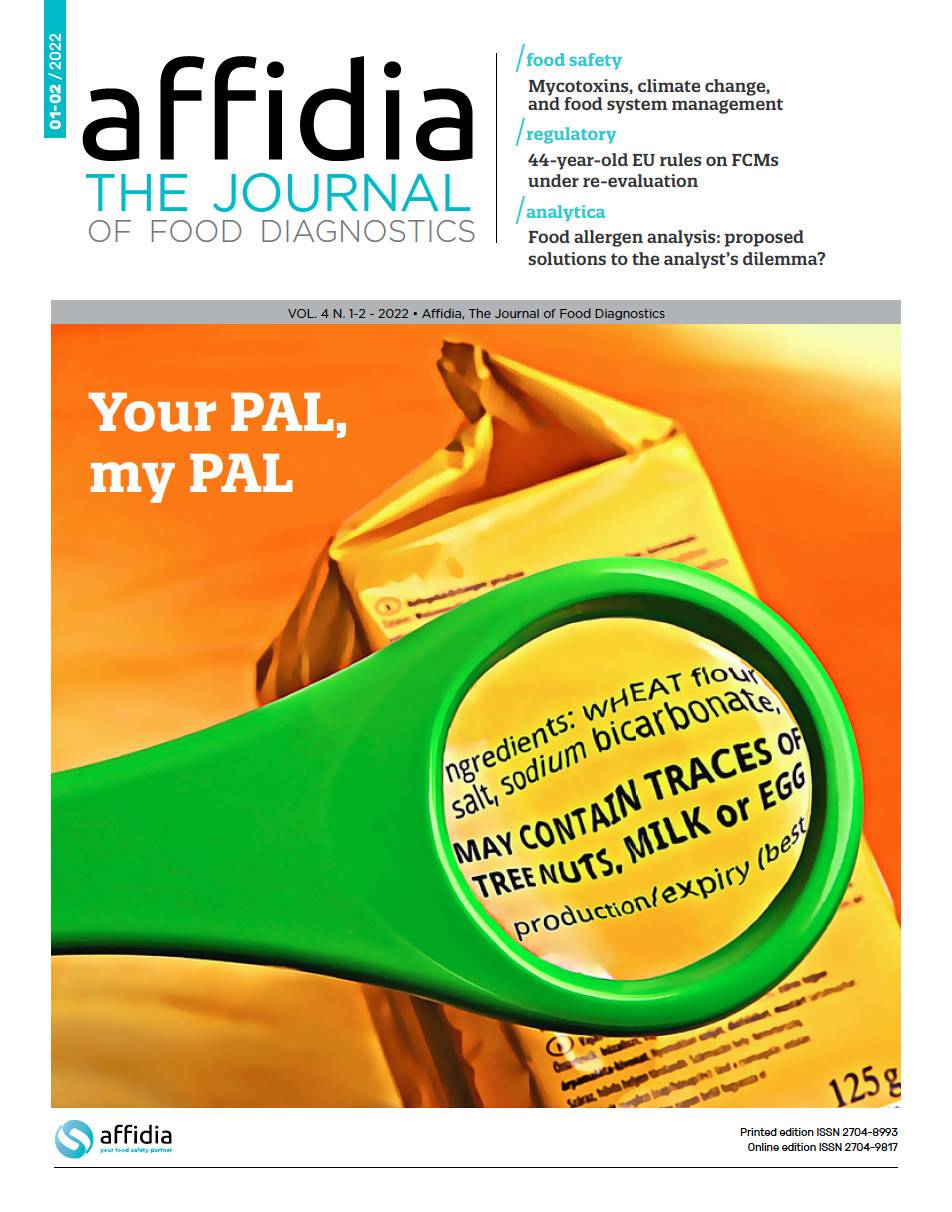 Price does not include VAT, which will be charged where appropriate.
120 €
Buy

Please, send a certificate attesting such status to [email protected]
* <30 years old
‡ title obtained less than 12 months ago.
Price does not include VAT, which will be charged where appropriate.