A recent test conducted by the French consumer magazine "60 millions de consommateurs" on 48 tea products present in the supermarket identified that up to 16 different pesticides “pollute” tea and herbal teas, as well as traces of insects, plastics, and rodent hair. This study is conducted as a follow-up investigation after 5 years from a previous test which was performed in 2017 on several brands of black tea, mint green tea, two herbal teas, detox, etc.

Tea samples of the best-known industrial brands of French distributors along with well-known Italian brands were tested. Only organic teas did not contain any pesticide residues. 8 tea samples were tested positive for the presence of 3 neonicotinoids and 3 other insecticides and a fungicide which is banned in Europe. 5 out of 12 samples of peppermint green teas had residues above the maximum permitted threshold. Green tea of a specific brand contained 4 unauthorized pesticides, two neonicotinoids (acetamiprid and thiacloprid) and two other insecticides (chlorfenapyr and bifenthrin). 3 brands of black teas contained a pesticide that is banned.

Glyphosate was also found in 30% of the products analyzed (11 out of 16 black teas, 5 verbena-based infusions) The companies surveyed by "60 million de consummateurs" stated that their suppliers do not use anthraquinone-based pesticides and its possible incidence could be from the drying phase of the leaves which favors their natural formation.

Heavy metals such as Arsenic, cadmium and lead are present only in trace amounts, with practically no health risks, as the presence of heavy metals is regulated only for tea, not for infusions.

The FDA’s report “Total Diet Study”, which analyzes the most recent data on nutrients and contaminants in the U.S. food supply, shows high lev [...] 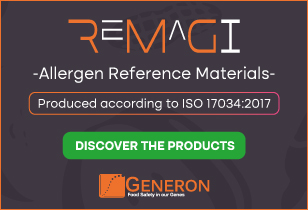